THE WOMAN OF SUBSEQUENT CREATION

THESE WORDS TOUCH upon the sorest spot in Subsequent Creation.

That spot which needs the greatest change, the most lasting purification.

Although man of Subsequent Creation has made himself the slave of his own intellect, woman has transgressed to a far greater extent.

Equipped with the greatest delicacy of intuitive perceptions, she should easily swing herself up to the purity of Luminous Heights, and form the bridge to Paradise for all humanity.

Streams of Light should flow through her.

Her entire physical, gross material nature is adapted to this.

Woman only needs to will honestly, and all the offspring from her womb must be strongly protected and encompassed by the power of the Light even before birth!

It could not possibly be otherwise, because every woman through the wealth of her intuitive perception can almost entirely alone influence the spiritual nature of the fruit!

Therefore she remains primarily responsible for all her descendants!

In addition she has been richly endowed with unlimited possibilities to influence the entire people, indeed even the whole of Subsequent Creation.

Her starting-point of the greatest power is, for her, home and hearth!

There alone lies her strength, her unlimited might, but not in public life!

In home and family her abilities make her queen.

From the quiet, intimate home her incisive virtue extends through the whole people, present and future, and pervades everything.

There is nothing upon which her influence cannot absolutely be brought to bear, if she stands in that place where her inherent womanly abilities fully unfold to blossom.

But only if woman is truly womanly does she fulfil the mission which is assigned to her by the Creator.

Then she is completely what she can and should be.

And it is only genuine womanliness that silently educates the man who, supported by this quiet activity containing undreamed-of power, feels like storming the heavens.

Out of an inner naturalness he will then gladly and joyfully seek to protect true womanhood as soon as it only shows itself to be genuine.

But womankind of today trample underfoot their real power and their high mission, they blindly overlook them, wantonly destroy all the sacred gifts they carry within them, and instead of being an upbuilding influence they bring about disintegration, thus being the most poisonous element in Subsequent Creation.

They push man as well as children down with them into the abyss.

Look at the woman of today!

Just let a ray of Light fall upon her with all the relentlessness and dispassion which are always accompanying conditions of Purity.

You will hardly recognize the high qualities of genuine womanhood, those in which there can be unfolded that pure might which is given only to the finer sensitiveness of womanhood, to be used solely as a blessing.

A man can never develop this pervading nature.

The silent weaving of that invisible power which the Creator allows to move through the Universe, first and completely seizes the woman with her more delicate intuitive perception.

Man receives it only partially, and then converts it into deeds.

And just as the Living Power of the Creator remains invisible to all men, while yet upholding, nourishing, moving and driving the whole Universe, so the weaving of all genuine womanhood is intended to be; it is that for which she has been created, and that is her high, pure and wonderful goal!

It is ridiculous to use the expression “weak woman”, for woman is psychically stronger than man.

Not in herself, but through being more closely connected with the Creative Power, which grants her the more delicate intuitive faculty.

And this is just what the woman tries to hide today; she exerts herself to coarsen or suppress it altogether.

In boundless vanity and stupidity she surrenders the most beautiful and valuable gift bestowed on her.

Through this she makes herself an outcast from the Light, to whom the way back will remain closed.

What has thereby become of these images of queenly womanhood!

One must turn away from them with horror.

Where does one still find in the woman of today the genuine feeling of shame, which is the expression of the most delicate intuitive perception of noble womanhood.

It is so grossly distorted that it must be exposed to ridicule.

The woman of today is certainly ashamed to wear a long dress if fashion decrees a short one, but she is not ashamed to expose almost three-quarters of her body, offering it to the glances of all on festive occasions.

And of course not only to their glances but also, when dancing, unavoidably to their hands!

Without hesitation she would also uncover still more if fashion required it, probably even everything judging by present experiences!

This is no exaggeration.

For hitherto we have had enough of this disgraceful conduct.

It was not a wrong but, alas, only too true a saying that “woman begins to dress herself when she retires for the night”!

Besides, delicate intuitive perceptions also demand a sense of beauty!

But if today the delicacy of womanly intuitive perceptions is still to be assessed on that basis, then affairs are in a deplorable state.

Indeed, the type of dress often and plainly enough tells the opposite, and these thinly‑stockinged legs of a woman, or even of a mother, are very difficult to reconcile with womanly dignity.

Bobbed hair and modern sports for women are no less harmful to genuine womanhood!

Coquetry is the inevitable accompaniment of vain fashion follies, which result in grave dangers for body and soul, to say nothing of the simple domestic happiness.

Often enough many a woman prefers the coarse and really insulting flattery of some idler to the faithful labor of her husband.

Thus much, very much more could be cited as visible evidence that a woman of today is lost to her real task in this Subsequent Creation!

And likewise all the high values entrusted to her, of which she must now give an account.

Accursed be these empty human beings!

All this talk about progress does not alter the fact that these zealots of progress, together with their faithful followers, only sink deeper, ever deeper.

Already they have all buried their real values.

The majority of womankind no longer deserve to bear the name of honor, woman!

And they can never represent nor become men, thus in the end they remain nothing but drones in Subsequent Creation, which must be exterminated according to the inflexible Laws of Nature.

Of all the creatures in Subsequent Creation, woman stands least in the place where she should stand!

In her way she has become the saddest figure among all creatures!

She simply had to become corrupt in soul, since she wantonly sacrifices her most noble intuitive perception, her purest power, to outward, absurd vanity, thereby ridiculing and scorning the decree of her Creator.

With such superficiality there can be no salvation; for these women would reject words, or be no longer able to understand and grasp them at all.

Thus out of the horrors the new, true woman must first arise, who has to become the mediator, and therewith also provide the foundation for the new God-willed life and human activity in Subsequent Creation, the woman who will have become free from poison and corruption!

IF YOU WANT TO recognize how much wrong there is in the hitherto prevailing ideas, habits and customs of these earthmen, the search for it will not cause you much trouble; for you do not need to do anything else than to take some expression and reflect upon it deeply. It will be wrong, because...

WITH MY LECTURES on “Substantiality”, “The little elemental beings”, “In the gross material workshop of the elemental beings”, and “A  soul wanders” I gave a piece of knowledge about the constant activity in Creation. I explained a small part of your nearer surroundings, and only about that which is very closely connected with you personally.... 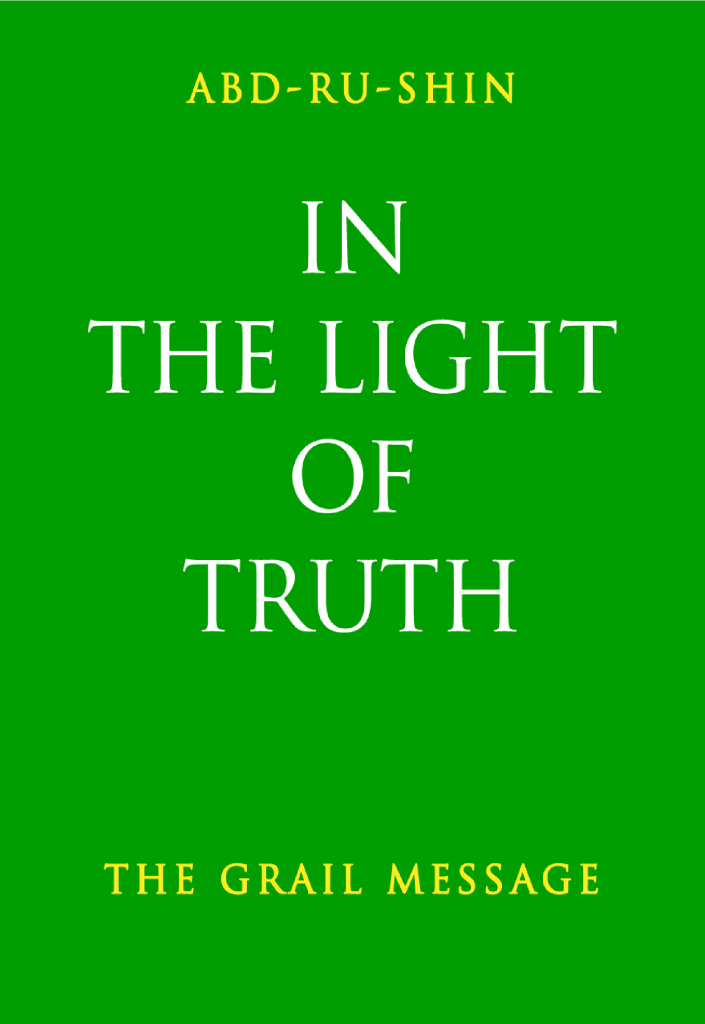